Time is going by so fast already! I feel like we JUST found out we were having a little munchkin, yet, here we are @ 9 weeks pregnant! {Almost done with 1st trimester! Yay!} I forgot to post this yesterday: 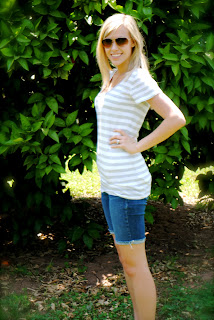 {9 weeks}
Yep :) Im just now coming to that point where I'm really starting to feel pregnant. I feel bloated, tired & sick all the time, you know, the usual stuff. :) But its all totally worth it. William & I are so excited to hold our little blessing in our arms come December, it will be magical!
{Every good gift & Perfect Gift is from above, coming down from the Father of lights with whom there is no variation or shadow due to change.. James 1:17}
~~~~~~~~
On another note, I feel like i should share with you what the past 2 weeks of our life has been like. Its taken me a while to find the right words to write, but here goes..
My husband, my family & I spent a lot of time down town this week & not because we wanted to. You see, My step dad was very ill & has been very ill for a very long time. He went into the hospital on May 11th & was immediately admitted into the ICU unit upstairs.  By the time william & I had heard what was going on, & made our way to the hospital, he was already on life support. He was admitted with "Multi organ failure & Lung failure". We walked into the room to see my family sitting around him, while he was hooked up to a machine that was breathing for him.. It was very scary. My 12 year old sister was so confused & Upset. None of us had ever been in an ICU unit.
As the days went on, I made my way out to the hospital every morning by 9am & stayed as late as the hospital would allow with my family & my stepdads best friend, Mike. These trips and these long hours began to strain on everyone very quickly, especially me. Not only was i driving out to phoenix (which is an hour away from our house) but I was having morning sickness throughout the day & I was just exhausted.. it was very hard.
We all constantly prayed for his recovery & that God would heal him so that he could go home & be with his family again, & not in that icky hospital. But soon, our prayers began to change.. As my stepdads stay at the hospital got  longer & longer with no improvement, we all began to realize that what our prayer needed to be, was that, Whatever Gods will was in this situation needed to be done! We wanted him to go home! Whether it meant with us or with our heavenly father. My stepdad realized this too & he knew it was his time. He was constantly begging the nurses & doctors to take the tube out of his throat & just let him be. This was so hard to hear, especially for my young sister.
Finally, Friday morning {May 20th} the doctors and nurses gathered round & had my step dad make a decision, & he decided he was done. "This isn't living.." he mouthed. The hospital called me & I rushed out to Phoenix as quickly as i could with willy following right after. I was panicking & crying the whole way there because i knew what was in store & didn't know how to prepare myself...  I got there & the nurse comforted me. Right as william got there, {at 2pm} they removed the tube & replaced it with simple oxygen Everything seemed ok..
A couple hours went by & we all watched the numbers on the monitor change, going up & going down.. none of us knowing what to expect. Around 8pm, the numbers still looked the same, not great by any means, but the same as they had been for a couple hours. My sister, mom, & Mike decided to step out & get some fresh air, I was in the hall on the phone with my boss, trying to set arrangments for my shift the next day, since we had all planned to not leave the hospital that night & willy was with my stepdad. Suddenly, willy ran out of the room and told me to hurry into the room. I ran in & looked at the numbers on the monitor & they were all dropping very quickly.. I began to panic because only willy & i were in the room.. I called my mom crying and told them to hurry... They made it just in time for all of us to hold his hands and shout out our love.. My stepdad passed away around 830 that night & was surrounding by his loved ones.
It has been a really hard thing to grasp. None of us have ever been in a situation like that. It was very scary & very sad.. but were trying not to look at his passing as a sad thing. We look at it as a celebration. He had been in pain for so long & it was his time to find pain free peace. I find comfort & peace in knowing that he was a strong christian & I know where he is today, in the arms of our loving father, looking down on us.
Thank you to everyone who sent their love & prayers our way these last couple of weeks, we wouldn't have been able to get through this if it weren't for you.
{Peace I leave with you; my peace I give you. I do not give to you as the world gives. Do not let your hearts be troubled and do not be afraid. John 14:27}

Email ThisBlogThis!Share to TwitterShare to FacebookShare to Pinterest
Labels: Family 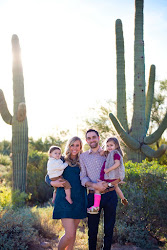